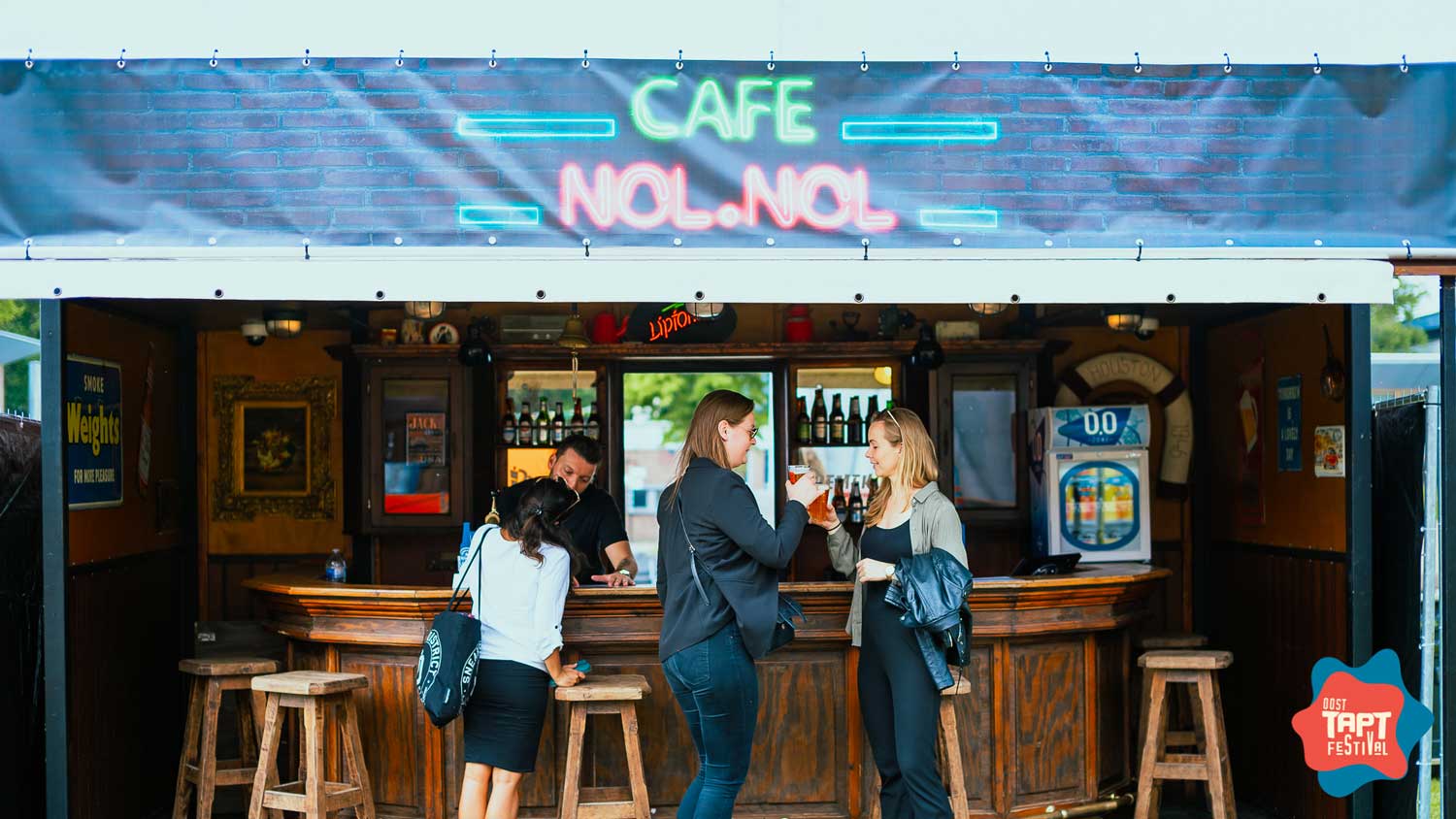 TAPT Festival opens the first 0.0% Café in the Netherlands

AMSTERDAM – With the rise of beer with almost no or even no alcohol at all, a Café that only serves these beers could not fail. TAPT Festival opens the first Café where you don’t have to crawl out the door completely wasted, called … yes; “Café NOL. NOL “.

Are we really going to the pub in the end to walk outside completely sober? Co-founder of Café NOL. NOL (that you pronounce as nol point nol), Nick de Vree doesn’t think so; “In the figures we see that total beer consumption has risen sharply, this is due to the ever wider and varying range of specialty beers. There is a lot of experimentation with tastes, styles and varying percentages in alcohol. In this way it logically becomes more and more attractive for a wider target group and therefore more and more varied, also with 0% beer or a nice light beer with 0.5% alcohol for example.”

For many people a life without alcohol is increasingly becoming a way of his or her life. We can see this as an extension of choosing to eat organic, vegetarian or vegan for example. A conscious choice, or is it a hype?

Beer festival organizers Nick & Simon of TAPT Festival no longer see it as a hype anyway; “It’s a serious business! Where it all started five years ago with an idea for a cosy neighbourhood beer party, we are now working on it every day and we live from it.” Says TAPT co-owner, Simon Leech.

The Nick & Simon of the beer landscape now organize five festivals a year, two in Amsterdam and one in Utrecht, Alkmaar and Arnhem. They now also add a unique experience, a 0.0 Café. When they ask why they don’t just open a normal Café, they both laugh a little. “Our core business is currently producing, improving, perfecting and rolling out our festivals in several cities. Opening a Café is a profession in itself and not something you just add to it. Café NOL. NOL is the first 0.0 Café, at a festival! And opens its doors on May 18 during the Oost TAPT Festival at the Jaap Eden Baan in Amsterdam East. In short, a temporary Café where we give a stage to low-alcohol and 0% beer. There are great flavours and variations to discover and because it is becoming increasingly popular, and we want to embrace that! Besides of course +/- 80 different beers with alcohol that we also serve on OostTAPT.” Nick continues his story, with a small grin on his face.

It should be clear that there will be no permanent 0.0 Café in Amsterdam. The question is how long that will take. For now we have to make do with the NOL. NOL variant during the first festival of the TAPT series in 2019; Oost TAPT Festival. Here you drink low-alcohol and 0.0% beers from, among others, Brothers in Law, Jopen, Troost, Brewdog and Weihenstephan.