Jopen and TAPT Festival launch the first beer ever to heaven. 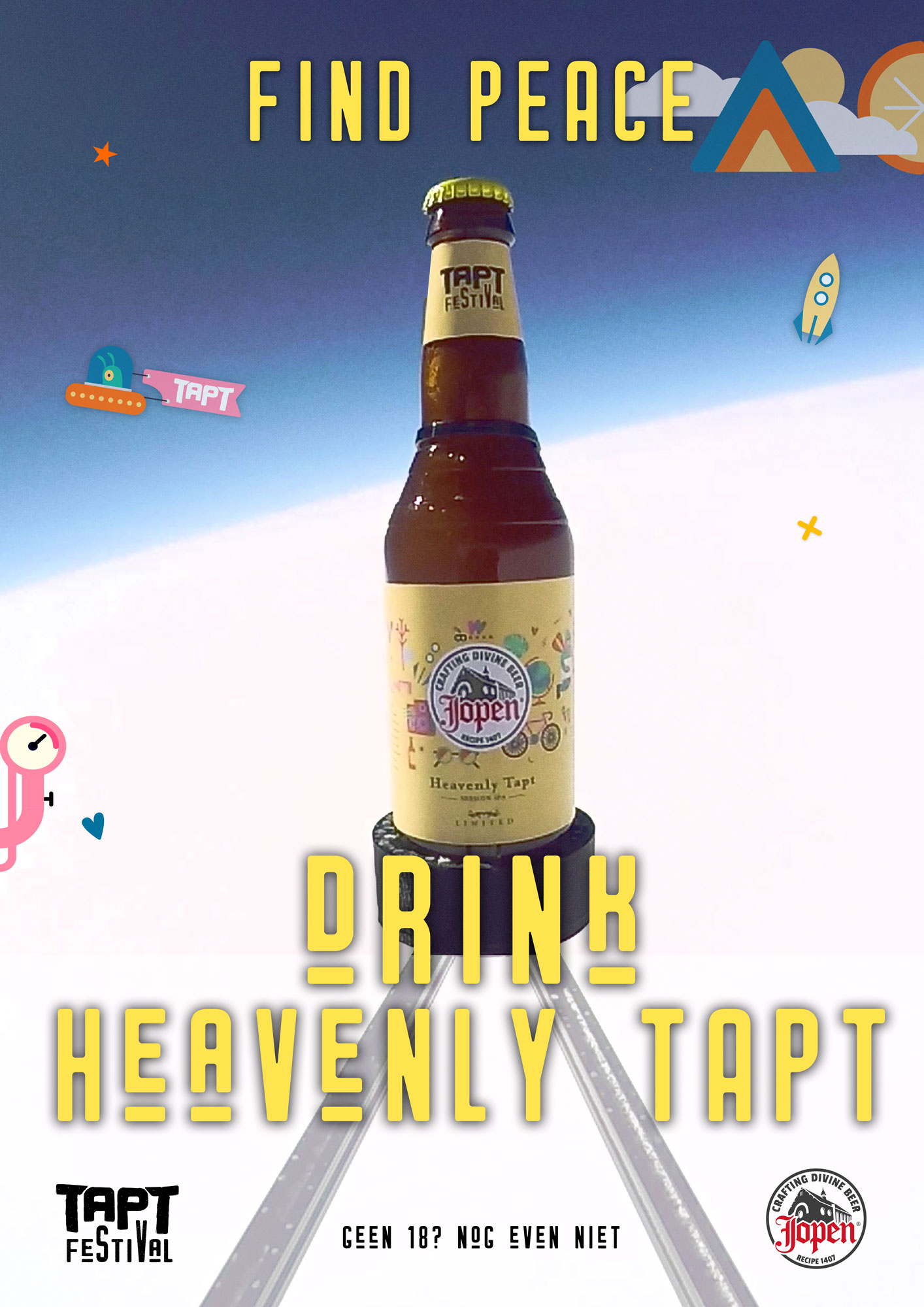 AMSTERDAM – Have you ever wondered what a beer from heaven tastes like? TAPT Festival and the Haarlem brewery Jopen mixed water, grain, hops and yeast according to a unique recipe, the end result was then tied to a weather balloon toward the heavens.

“Our beer is baptized as HEAVENLY TAPT then you really have to get as close to heaven as possible come, right?” says Simon Leech, co-founder of TAPT. “We launched figuratively and now too literally the beer, just because it’s possible!” The sky’s the limit!

Sending alcohol into the air is not new. In the United States in recent years a beer bottle has been launched into space a number of times, but never before did it happen the Netherlands. Although a weather balloon doesn’t quite reach the cosmos, the Session IPA reached a height of 40 kilometers. just the right heavenly place for the desired effect. The beer froze, but the bottle landed in perfect condition and temperature again on earth. The trip was recorded with a camera and that produced heavenly images.

Don’t leave the church before drinking

HEAVENLY TAPT is a summer beer full of fruity flavors such as lychee, passion fruit and other tropical surprises, with a relatively low alcohol percentage (4%).

The beer can be tasted exclusively in an inflatable replica of the Jopenkerk during the upcoming editions of TAPT, starting with Oost TAPT Festival (formerly BierOost) on May 26 at the Jaap Eden Baan in Amsterdam. It is now also possible to get Heavenly Tapt in the real Jopenkerk in Haarlem.

Tapping from a different keg

“TAPT is different from other beer festivals, because it is much more than just drinking specialty beers: young people (25-40 years) come for good food, games, crazy live artists and DJs: it’s really a party!” says co-founder Nick de Vree. Although successful beer festivals for many years have been organised, the concept often had a fairly dusty image, according to the guys. That had to change.

In 2015, TAPT started with its first edition, the Amsterdam one called BierWest. Both this festival and BierOost are now under a slightly different name but still reach more than 3000 visitors at a time, the recipe for success is clear! Last summer the festivals spread further across the country with Utrecht TAPT, where glasses of more than 3200 visitors were filled.

After the seasonal kick-off in Amsterdam-Oost, TAPT Festival is also launching editions Utrecht and Amsterdam-West, also up in Alkmaar and over to Arnhem and Nijmegen.